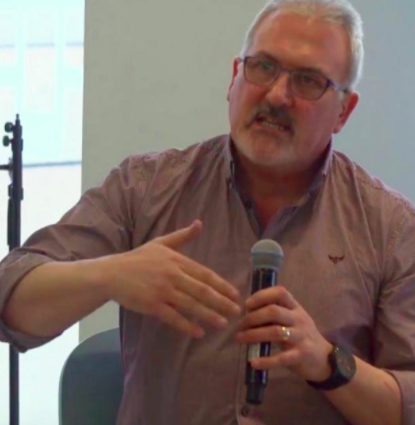 He currently has three feature scripts optioned by production companies in the UK and United States, one of which was one of eight European projects selected for the 2017 European Genre Forum development process and now has partial funding and an experienced exec producer attached. A fourth feature script was selected by Amazon Studios as a Notable Project.

He has seven produced short films that have been screened at festivals in Europe the United States and Australia and have featured talent including, Peter Mullan (Ozark, War Horse, Top of the Lake) and Jason Flemyng (The Curious Case of Benjamin Button, Lock Stock and Two Smoking Barrels, The League of Extraordinary Gentlemen). Two of these shorts were exec produced by acclaimed Director, Joe Wright (Atonement, Anna Karenina, Pan).

In 2008 he was a winner of the BBC Writersroom ‘Sharps’ screenwriting competition and in 2009 he was selected for the MEDIA funded, ‘Engage’ European training initiative which allowed him to develop a feature project at The National Film School at IADT, Dublin, Ireland; The Baltic Film and Media School, Tallin, Estonia, and The University of Art and Design, Helsinki, Finland. In 2011 he was selected for the Edinburgh International Film Festival ‘Network’ Development Programme.

Also in 2011, his play, Multiple Choice, was staged during the Edinburgh International Festival Fringe before moving to the Byre Theatre in St Andrews. He is currently developing feature and television projects.

Prior to screenwriting full-time, he was a police officer (Detective Chief Inspector)