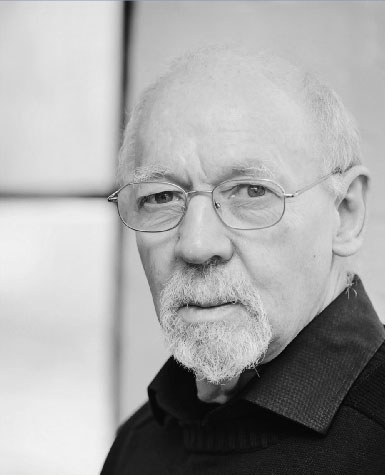 Established director, Paul Tomlison has also worked as a narrator.

Paul Tomlinson was Director of Productions at the new Queen’s Theatre in Hornchurch for 10 years from 1974 to 1984. He is a graduate of the University of Cape Town (B.A.Teacher’s Diploma in Speech and Drama) He started as an actor in productions at the Strand Theatre (West End) the Mermaid and the Arts. Paul was in Sally Miles’ Margate Stage Company for 18 months and in regional theatre in Newcastle, St. Andrews and Salisbury.

He has directed at a dozen British regional theatres. He was artistic director for a season at the Byre St. Andrews and ran Theatrescope at the Salisbury Playhouse for three highly fulfilling years from 1971 to 1974. He has also directed at the Belgrade Coventry, the Swan Theatre Worcester, Dundee Repertory Theatre and the Traverse Theatre Edinburgh. Productions ranged from DEATH OF A SALESMAN to ROSENCRANTZ AND GUILDENSTERN ARE DEAD, from THE HOSTAGE to LOCK UP YOUR DAUGHTERS.

As a FREELANCE DIRECTOR he has directed the National Tour of THE NORMAN CONQUESTS; Tours of Sweden of ROMEO AND JULIET and BEDROOM FARCE; commercial Pantomimes including JACK AND THE BEANSTALK with Charlie Drake. He has been to South Africa for BBC Radio who produced his Documentary / Drama IF THE SNAKES DON’T GET YOU, later broadcast on Radio 4 with himself as the Narrator.

At the Queens Theatre in Hornchurch he directed over 50 plays. He directed a number of new works including the premiere of Barrie Keeffe’s SHE’S SO MODERN with Charlotte Cornwall; a large number of classics including MACBETH with Duncan Preston. HAMLET with Karl Johnson and Lisa Eichorn and a wide range of other plays including ALPHA BETA with Gareth Hunt and FROZEN ASSETS with Alfred Molina.

His production of The Who’s TOMMY, which he adapted for the stage, transferred to the West End.